O.K., all of us get spam daily. One of the things I loathe about coming back from a day or two away is having to go through and delete a couple of hundred solicitous emails. Many of them come from an online art workshop/school/supplier from which Ngaire received hard copy and email magazines and “how-to” publications.

I have reached a point where I’m O.K. with deleting these now, although it was difficult to begin with – it was a point of contact – connection – with her. Yesterday was different.

Whereas, I normally don’t engage with these emails at all, a particularly beautiful watercolour painting of a wilted rose caught my attention. I read the accompanying article, which ultimately was selling a magazine about painting flowers in watercolours – which Ngaire could easily have written herself; she was so accomplished in watercolour and had used flowers as her subjects since before I knew her. From fields of wildflowers to individual flowers in vases, and everything in between, Ngaire was proficient and prolific.

Now, I know that I’ve written about flowers before, along with those aspects of grief which relate to discerning how much of me is me – after being united with someone for seventy percent of my life, there is a melding between two souls that makes it almost impossible to tell where I end and she begins, if you follow.

But seeing the picture of the rose prompted something a little different. You see, I had learned so much about art, observation and appreciation from Ngaire that I could honestly say that these were now my abilities. However, she was the artist. Oh, I’m not too bad at drawing, but any opinion that I had about art really had its credibility in the fact that I was married to Ngaire, and she was the authority.

It’s like the little kid in the playground, telling his friends how badly made the schoolhouse is. They all give him a hard time until his Dad picks him up, wearing a hardhat and tool belt; suddenly, the little kid has credibility (even though his opinion may have been correct anyway).

I love art – well, not all art; the pragmatist and communicator in me draws the line at some things. But what it feels like now is that the artist in me, has gone; my credibility has gone in this area and I have to come up with some personal validity. Like the radio shock-jock who finds himself unemployed, I now have to dispense with my opinions and come up with some substance.

Of course, this is not earth-shattering for most of you who read this, but I cannot express to you how vital vision, perception, observation and appreciation were in Ngaire’s world, and consequently, my world. So now, I’m just another guy with an opinion. At least, that’s what it feels like. She lived and breathed beauty and appreciation, and she was grateful for all of it, almost every day. 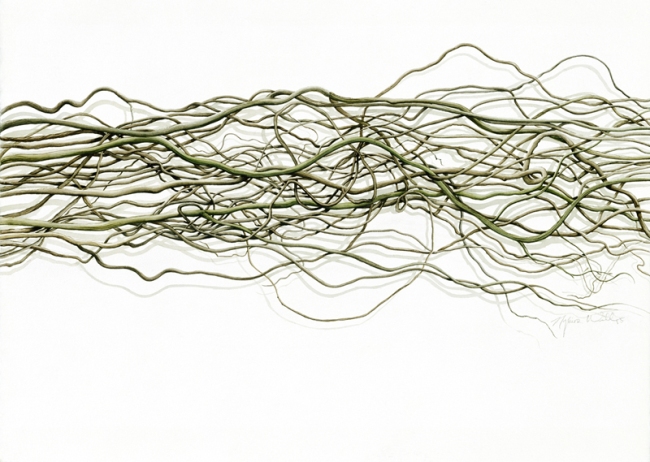 A legacy is on the chalkboard in our kitchen. One day, a little over a year ago, she wrote, “cultivate thankfullness” – replete with the usual artist’s spelling mistake – she, who had battled a debilitating and ultimately fatal condition for so long left a reminder to cultivate thankfulness.

In fact, if I could nail it down to two things, Ngaire’s benchmarks were a) to be thankful and b) to avoid comparison. The comparison thing was a real soapbox for her in recent times, because she had seen it damage others’ lives and the lives of those around them. “But, of course”, as she would say, “if you’re thankful, you won’t compare yourself to others anyway.”

So, that’s probably a good place to end. Opinions become far less vociferous when they come from a grateful heart, anyway. And I am grateful for every day that I spent with my girl.

That can be my opinion…..and my credibility. 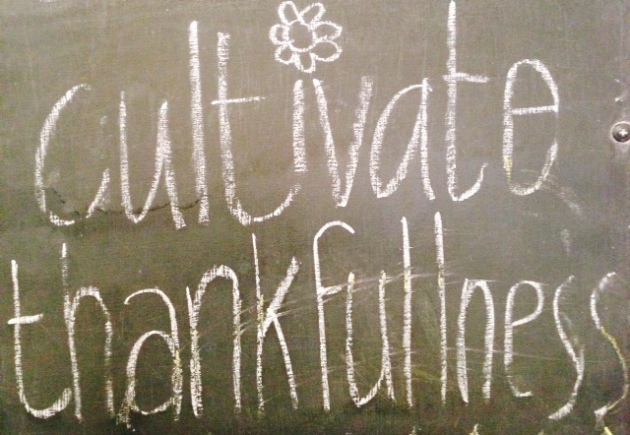